IMPORTANT AMENDMENTS IN THE INDIAN CONSITUTION

The Constitution (24th Amendment) Act, 1971:
**It affirmed the power of the Parliament to amend any part of the Constitution. **After this amendment, the President is bound to assent to Constitution Amendment Bill. **Education was transferred to the Concurrent List by this amendment.Education was transferred to the Concurrent List
(Concurrent list consists of 52 items. Uniformity is desirable but not essential on items in this list: Marriage and divorce, transfer of property other than agricultural land,education, contracts, bankruptcy and insolvency, trustees and trusts, civil procedure, contempt of court, adulteration of foodstuffs, drugs and poisons, economic and social planning, trade unions, labour welfare, electricity, newspapers, books and printing press, stamp duties)

The Constitution (31st Amendment) Act, 1973: increased the elective strength of the Lok Sabha from 525 to 545. Under the Act, the upper limit of representatives of the States goes up from 500 to 525 and that of the Union Territories decreases from 25 to 20.

The Constitution (36th Amendment) Act, 1975: By this Act, Sikkim became the 22nd State of the Indian Union.

The Constitution (37th Amendment) Act, 1975: was passed by Parliament on April 26, 1975, to provide for a Legislative Assembly and a Council of Ministers to Arunachal Pradesh, the country’s north-easternmost Union Territory.

The Constitution (39th Amendment) Act, 1975: The Bill was passed by the Lok Sabha on August 7 and received Presidential assent on August 9,1975. The Act places beyond challenge in courts the election to Parliament of a person holding the office of Prime Minister or Speaker and the election of President and Vice-President.The Constitution (40th Amendment) Act, 1976: This Amendment has a three-fold objective: (1) It places beyond challenge in courts some major Central laws; (2) It gives similar protection to several State enactments, mostly relating to land legislation, by including them in the Ninth Schedule of the Constitution; and (3) It provides that the limits of the territorial waters, the Continental Shelf, the Exclusive Economic Zone and the maritime zones of India shall be specified from time to time by law made by Parliament.

The Constitution (42nd Amendment) Act, 1976:
** It was enacted during the period of internal emergency. It was passed by Parliament on November 11, 1976 and received Presidential assent on December 18, 1976.**The Amendment established  beyond doubt the supremacy of Parliament over the other wings of Government; gave the Directive Principles precedence over the Fundamental Rights; enumerated for the first time a set of ten Fundamental Duties.** It further imposed limits on the power and jurisdiction of the judiciary; raised the term of the Lok Sabha and the Vidhan Sabha from five to six years; authorised the use of Central armed forces in any State to deal with law and order problems, made the President bound by the advice of the Council of Ministers and envisaged the establishment of administrative tribunals for service matters of Government employees and also other tribunals for economic offences. **The Act also clearly laid down that no Constitutional Amendment could be questioned in any court of law.

The Constitution (43rd Amendment) Act, 1978: It received the Presidential assent on April 13, 1978. This Act repeals the obnoxious provisions of the Constitution (42nd Amendment) Act passed during the Emergency. It restores civil liberties by deleting Article 3ID which gave powers to Parliament to curtail even legitimate trade union activity under the guise of legislation for the prevention of anti-national activities. The new law, which was ratified by more than half of the States in accordance with the Constitution, also restores legislative powers to the States to make appropriate provision for anti-national activities consistent with the Fundamental Rights. Under the Act, the judiciary has also been restored to its rightful place. The Supreme Court will now have power to invalidate State laws, a power taken away by the 42nd Amendment Act. The High Courts will also be able to go into the question of constitutional validity of Central laws thereby enabling persons living in distant places to obtain speedy justice without having to come to the Supreme Court.The Constitution (44th Amendment) Act, 1978:**The Constitution (45 th Amendment) Bill, re-numbered as the 44th Amendment came into force on April 30, 1979, when the President gave his assent.** The Act removes major distortions in the Constitution introduced during the Emergency. **The duration of the Lok Sabha and State Legislative Assemblies has been reduced from six to five years—the normal term which was extended during the Emergency under the 42nd Amendment to achieve some political purposes. **The Right to Property ceases to be a Fundamental Right and becomes only a legal right according to the Constitution 44th Amendment. **The Act also extends, for the first time since independence, constitutional protection for publication of the proceedings of Parliament and State Legislatures, except in cases where it is proved to be “malicious”. **Another important feature of the Act is that any proclamation of Emergency need henceforward, be issued by the President only after receiving the advice of the Cabinet as a whole in writing. **The President will not be called upon to act on the basis of advice by the Prime Minister on his own without consulting his Cabinet. **Other safeguards provide that the proclamation will have to be adopted by a two-thirds majority of the members of both Houses of Parliament within a month.** The 44th Amendment provides safeguards against future subversion of the Constitution for establishing an authoritarian regime. It contains provisions which are designed to make it impossible to impose the kind of emergency the country had experienced for 19 months.

The Constitution (69th Amendment) Act, 1991: Delhi made National Capital Region. The Act also made provision for Legislative assembly and a council of ministers for Delhi.

The Constitution (70th Amendment) Act, 1992: Before this act was made Article 54 relating to the election of the President provided for an electoral college consisting only of the elected members of Parliament as well as the legislative assemblies of the States (not of Union Territories). The amendment provide for inclusion of members of legislature of Pondicherry and Delhi.

The Constitution (72nd Amendment) Act, 1992: To make temporary provision for the determination of the number of seats reserved for the Scheduled Tribes in the State assembly of Tripura, until the re-adjustment of seats is made on the basis of the first census after the year 2000 under article 170 of the Constitution.

The Constitution (73rd Amendment) Act, 1992: To ensure direct election to all seats in Panchayats; to reserve seats for SCs and STs in proportion to their population; and for reservation of not less than one third of the seats iPanchayats for women... 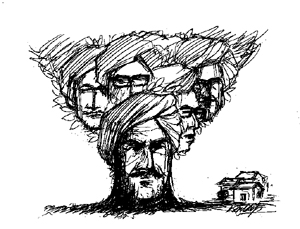 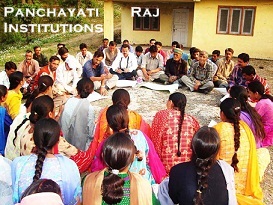 The Constitution (74th Amendment) Act, 1992: was made to ensure direct election to all seats in Nagarpalikas and Municipalities.

The Constitution (75th Amendment) Act 1994: It provides for setting up of State-level Rent Tribunals to exclude the jurisdiction of all courts, except that of the Supreme Court, under Article 136 of the Constitution.

The Constitution (76th Amendment) Act, 1994: It relates to the Reservation of Seats in Educational Institutes and of appointments or posts in the Services under a State, for Backward Classes, Scheduled Castes and Scheduled Tribes. The Supreme Court had ruled on November 16, 1992, that the total reservations under Article 16(40) of the Constitution should not exceed 50 per cent.The Constitution (77th Amendment) Act, 1995: According to this Act, the Government have decided to continue the existing policy of reservation in promotion for the Scheduled Castes and Scheduled Tribes.

The Constitution (78th Amendment) Act, 1995: It includes land reform laws in the Ninth Schedule so that they cannot be challenged before the courts.

The Constitution (79th Amendment) Act, 1999: It extends the reservation of seats for SC, ST and Anglo-Indians in the Lok Sabha and Legislative Assemblies for next 10 years.

The Constitution (80th Amendment) Act, 2000: It deals with an alternative scheme for sharing taxes between the Union and the States.The Constitution (81st Amendment) Act, 2000: It provides that the unfilled vacancies of a year reserved for SC/ST kept for being filled up in a year as per Article 16, shall be considered separately for filling vacancies in the succeeding year and the previous list will not be considered for filling the 50% quota of the respective year.

The Constitution (82nd Amendment) Act, 2000: It provides that nothing in the Article 355 shall prevent the State from making any provisions in favour of the members of SC/ST for relaxation in qualifying marks with respect to examination/job/promotion.The Constitution (83rd Amendment) Act, 2000: The Act amended Article 243 M to provide that no reservation in Panchayats be made in favour of SC/ST in Arunachal Pradesh where the whole population is tribal. 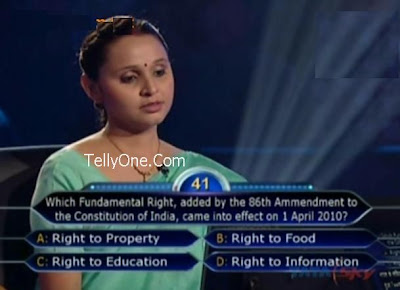 Popular posts from this blog

By Dr. Ankit Rajvanshi November 19, 2012
Youth of North-East India: Demographics and Readership (Highlights) Union Human Resource Development Minister Dr M  M   Pallam   Raju ,  will release a report  Youth of North-East India: Demographics and Readership  in New Delhi tomorrow,  20 th  November, 2012. Ministers of State for HRD,  Sh   Jitin   Prasada  and Dr  Shashi   Tharoor  would also be present on the occasion. This focused Report attempts to give an analytical and detailed account of the reading habits of the literate youth in the north-eastern states and their exposure to different forms of media, and how diverse socio-economic and motivational factors impact their reading habit. The reading of ‘leisure or non-text books’ among the literate youth is the special focus of the study. The Report is a follow-up study of the  National Youth Readership Survey  (2009-10) assigned to National Council of Applied Economic Research (NCAER) by the NBT under the National Action Plan for the Readership Development amon
Post a Comment
Read more

AIIMS to assist in setting up Multiple Sclerosis database

By Dr. Ankit Rajvanshi June 01, 2012
The Neurology centre at All India Medical Institute of Sciences (AIIMS) will aid in building a National Registry for Multiple Sclerosis (MS).It will help in maintenance of epidemiological data of MS patients from across India for evidence based research, treatment, and education. What is Multiple Sclerosis?
2 comments
Read more

By Dr. Ankit Rajvanshi November 17, 2012
Pic Courtesy : indiainfoline.com The Government gives very high priority to agriculture and specially to the prosperity of farmers. It is implementing a number of large schemes and providing funds to State governments for taking new initiatives for increasing farmers’ incomes. Some of the major actions taken in the recent past are given below:  • Government has raised MSP in recent years by huge margin. MSP for wheat and rice has been more than doubled in last 8 years. MSP for some pulse crops has gone up three times.  • Government has doubled the sugarcane support price in four years. It stands at Rs. 170 per quintal now.  • Record foodgrain production of 257 million tonnes last year, supported by massive increase in MSP to farmers. It is more than thrice of foodgrain production 45 years back.  • Government subsidises farm loans considerably. Crop loans upto Rs. 3 lakh are available at 4% interest. Other farm loans too are available at a subsidised rate of 7%. • Farm credit has
Post a Comment
Read more